one of Ben Ali family stressed that the deposed Tunisian President Zine El Abidine Ben Ali in the case of a coma two days ago, which is now lying at a hospital in Jeddah, Saudi Arabia, after suffering a stroke in the brain, pointing out that his condition was serious.

The Ben Ali and his family had fled to Saudi Arabia on 14 January after the end of his reign, which lasted about 23 years. 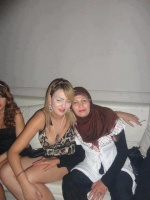